Mafikeng was the focus of world attention when Boer forces besieged the British garrison for seven months during the Anglo-Boer War. The Mafikeng Museum has excellent exhibits on both the siege and local culture. The Mafikeng Game Reserve is just outside the city while the Botsalano Game Reserve is only 30 km away. 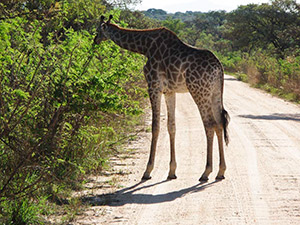 This park, which lies within the crater of an ancient volcano, is home to the "Big Five" and other wildlife. Pilanesberg is one of the largest volcanic complexes of its kind in the world. Its rare rock types and structure make it a unique geological feature. Next door is the Sun City resort offering a multitude of attractions and activities to keep everyone occupied. With its combination of golf, game and gambling, as well as world class hotels, Sun City is the perfect choice for any holiday in South Africa.- including the fabulous Palace of the Lost City - casinos, restaurants, entertainment, golf courses and other sporting options.

This was the first capital of the old Transvaal Republic and has many historic buildings, notably the Dutch Reformed Church and the Anglican Church. Just outside the town is the Dome Bergland Nature Park, an outdoor adventure centre offering hiking and mountain-bike trails, canoeing, white-water rafting, mountain climbing, abseiling and more. The Vredefort Dome is the impact site of a giant meteorite. West of Potchefstroom is Barberspan Nature Reserve, one of the most important waterfowl sanctuaries in Southern Africa.

Offering sailing, canoeing, powerboat racing, water-skiing and fishing, the dam has developed into a major water sports centre. Nearby is the Sterkfontein Caves, a World Heritage Site dubbed "The Cradle of Humankind", where the remains of man's early hominid ancestors, dating back 3.5 million years, have been discovered together with other fossils.