From Upington, the region's principal town, your travels will take you from a raisin-making factory to a catfish farm, from cool vineyards and wine cellars to tearooms in the desert, from a luxurious lodge to the remains of a San (Bushman) settlement in the Verneuk Pan. In between you may spoil yourself by doing the Black Rhino Adventure, riding into the desert sunset on camel back, take on the mighty Orange River Rapids in a colorful raft, explore winding nature trails with mountain bikes, visit date palm plantations, sheep farms and ancient mission stations, take to the skies in a parasail or sit down for a moonlit five-course meal in the middle of the biggest salt pan in the Southern hemisphere! Thereafter, you can experience the thunderous roar of the Augrabies Waterfall or the challenges the Kalahari and Riemvasmaak 4x4 Trails pose. As your journey progresses, you'll meet people who genuinely open their hearts and doors to all visitors. You'll discover unique places, rare plants and elusive animal species of all kinds - raptors, cats, antelope, insects and lizards. You'll experience how the sun burns away the endless balmy afternoons to unlock the Southern Cross that will appear so close you'll have an irresistible urge to reach out and touch it. If you have long searched for a rewarding and horizon-expanding vacation, you will achieve your goal in the Green Kalahari. Yes once you have visited the region, you will understand why the Kalahari is such a mysterious and tantalizing destination. Once visited, preconceived ideas of dust and sand make way for a desire to return, because people who come here usually come back.

Known as the City of Diamonds, Kimberley was founded on the diamond rush of the 1870s which left a huge excavation simply known as the "Big Hole", the city's famous landmark. The incredible Big Hole, the largest hand-dug excavation in the world, offers visitors insights of startling clarity into the lives and minds of those who lived and worked through the dreams and nightmares of a vibrant history we take for granted. 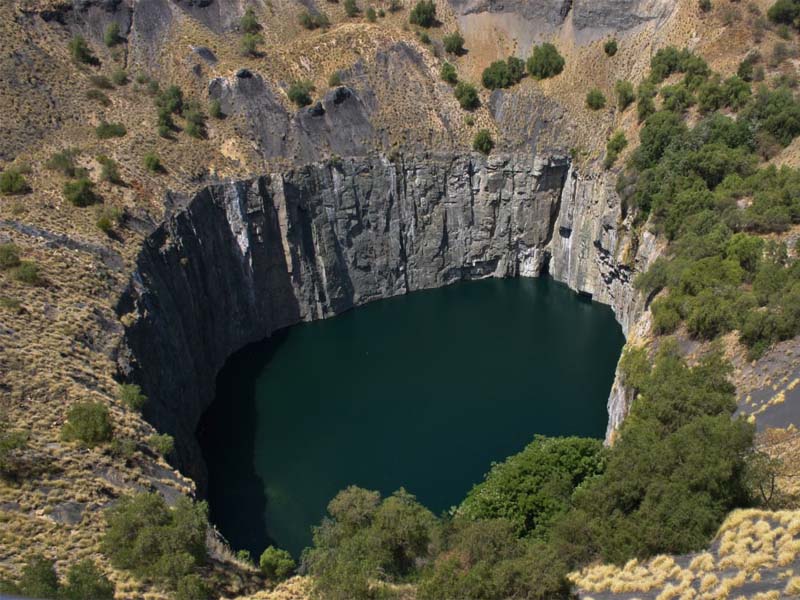 Next to the hole is the Kimberley Mine Museum. Here you can see the first diamond discovered, the "Eureka" - at 616 carats, the world's largest uncut diamond - as well as other mining memorabilia. About 16 km from Kimberley is the recently developed Wildebeest Kuil RockArt Site. Audio tours of the site are offered, visiting 10 examples of rock engravings between 1,000 and 2,000 years old.

As if by magic a tapestry of brilliant colours unfold enticingly along the winding roads of the Namaqua National Park. Butterflies, birds and long tongued flies dart around among the flowers, seemingly overwhelmed by the abundance and diversity. Every turn in the road paints an unforgettable picture: valleys filled with Namaqualand daisies and other spring flowers that pulse with sheer energy and joy. Next to some eye catching succulents, a porcupine and a tall aloe pay witness to a baboon overturning a rock and pouncing on a scorpion. During early August and September, seemingly overnight, the dusty valleys of Namaqualand are transformed into a wonderland, carpeted with wildflowers. With its winter rainfall, Namaqualand is home to the richest bulb flora of any arid region in the world and more than 1000 of its estimated 3 500 plant species are found nowhere else on earth. 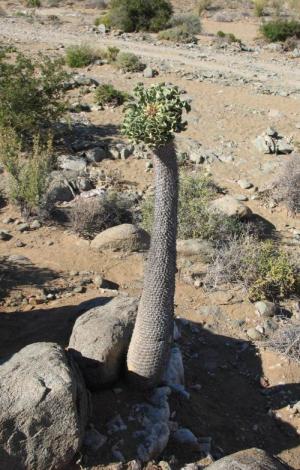 An international treaty, signed on 1 August 2003, incorporating the |Ai-|Ais Hots spring Game Park in Namibia and Richtersveld National Park in South Africa, resulted in the establishment of the |Ai-|Ais/Richtersveld Transfrontier Park. One of the main main features of the combined park is the world's second largest canyon, the Fish River Canyon. At Sendelingsdrift, on the South African side, a pontoon has been established to ferry people and vehicles across the Orange River. The pontoon has a carrying capacity of a 32 seater bus or two fully loaded double cab 4X4 vehicles.

The Hand of God

Not far from the Sendeligsdrif gate is a boulder with a clear impresion of a huge hand, known as the Hand of God. 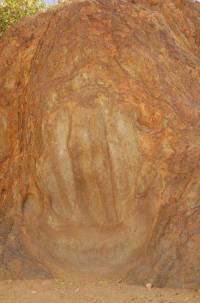 Previously known as the Gemsbok Park. The park is approached via Kuruman, where the Moffat Church commemorates Scottish missionary Dr Robert Moffat, who lived here for 50 years and translated the Bible into Tswana. Within striking distance are the Wonderwerk Cave and Rock Paintings, where Stone Age artefacts were discovered. The park is the home of the black-maned Kalahari lion, the gemsbok and the tsamma melon. Most of the animals such as blue wildebeest, eland, red hartebeest, springbok, duiker and steenbok, live in the dry river beds which cross the park. Predators include lion, leopard, cheetah, spotted hyena, wild dog, and black-backed jackal. 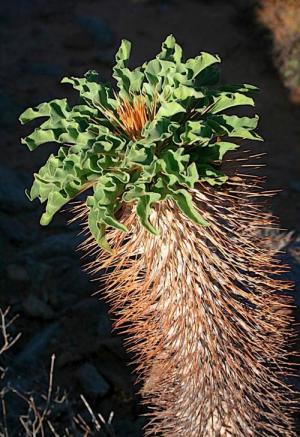 Halfmens are said to be people transformed into plants, looking forever back to their homeland.

The San (Bushman) are Southern Africa's original inhabitants. They are synonymous with the Kalahari Desert. Many years ago, these hunter-gatherer people roamed the plains of the Southern Kalahari. Today, there is a small number of San people living near the Kalahari Gemsbok National Park, but they have left behind unique attractions, such as the remains of permanent settlement on the farm Bitterputs in the Verneuk Pan b\near the town Kenhardt. In this way, like the Orange River, they bring life to the region in the form of many visitors interested in the origins of the San people.

Crowning glory of this park is a series of spectacular waterfalls where the Orange River carves its way through a ravine of sheer granite walls. The park is home to the rare black rhino as well as klipspringer, giraffe and other game. The region is known as the Green Kalahari due to irrigation by the Orange River that has created fertile valleys for wine and fruit production. The river's turbulent waters also provide ideal conditions for white-water rafting. From Upington, the region's main town, you can visit the Orange River Wine Cellars, the largest five cellar cooperative in the country and the second largest in the world, or set off for the Kgalagadi Transfrontier Park. 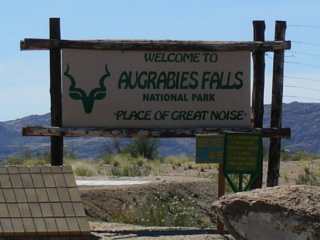