Head north to Beaufort West, the oldest town in the Central Karoo. The Beaufort West museum, housed in an ornate Victorian building, has an impressive collection of awards made to South African heart transplant pioneer, Christian Barnard. Nearby the Karoo National Park is noted for its plains game, rich bird life and black rhino.

Situated to the south of Langebaan, one of the oldest towns on the West Coast, this park is one of the world's greatest wetland reserves. Langebaan, on a beautiful lagoon, is a bird lover's paradise.

This reserve was started in 1936 to preserve the indigenous flora and fauna of the Cape Peninsula. Though exposed, often windswept and less verdant than the rest of the Peninsula, the 7 750 ha reserve has as many plant varieties as there are in the whole of Britain. In addition to the predominating protea and heath varieties there are numerous endangered species and a few that are found nowhere else. The fauna includes eland, bontebok, rhebok, grysbok, springbok, baboons, porcupine, ostrich and zebra.

Known affectionately as the "Mother City", it was that the Dutch, led by Jan van Riebeeck, setup the First European settlement, a shipping supply base, in 1652. Here you'll find the oldest building in South Africa, the Castle of Good Hope, completed in 1679 and also the country's oldest gardens, The Company Gardens, established by the Dutch pioneers to supply vegetables to passing ships. The South Africa Museum is well worth seeing. From the Victoria and Alfred Waterfront there are boat trips to Robben Island. Here the former prison, which held Nelson Mandela, has become a museum and World Heritage Site. A cable car travels to the top of Table Mountain, 1,000 meters above sea level. On the mountain slopes lie the Kirstenbosch National Botanical Gardens, where more than 5,000 species of indigenous plants grow. A round-trip excursion to Cape Point, where there are superb views of the Atlantic and False Bay, is a "must" for anyone looking for things to book alongside the cheapest airline tickets to save money for some amazing experiences while they are here.

Production of Rooibos tea is centred on Clanwilliam, an old town founded in 1725. Historical buildings, such as the Wupperthal Moravian Mission Station as well as San rock art are cultural attractions, while the dam is popular for water sports. InAugust and September the area is renowned for its profusion of wild flowers.

Franschhoek is billed as the food and wine capital of the country. Settled more than three hundred years ago by the French Huguenots, the Franschhoek Valley produces some of the world's truly great wines, and this has attracted some South Africa's truly great chefs to the town. Franschhoek complements the artistry of its chefs and winemakers with the breathtaking beauty, it lies on the banks of the Berg River against a backdrop of the towering Franschhoek and Drakenstein Mountains.

Nestled on the banks of a beautiful lagoon in the heart of the Garden Route of South Africa. It is surrounded by a natural paradise of lush indigenous forests, tranquil lakes and golden beaches, making it a real natural wonderland. A moderate climate and a fine selection of accommodation, restaurants and enjoyable activities make Knysna the perfect holiday destination. In Knysna, it's all about Oxygen. Indulge in pure Oxygen of the finest quality - because Knysna lies between the warm Indian Ocean and the blue Outeniqua Mountains. And it's surrounded by the biggest Oxygen factory of all - 65000ha of indigenous evergreen forest. Just a few reasons why Knysna has twice - and by overwhelming majority each time - been voted "South Africa's Favourite Town"

Head west from the Tsitsikamma National Park along The Garden Route and you'll come to Plettenberg Bay, with its sweeping, white beaches. Then you'll encounter the Wilderness National Park, an outstandingly scenic area of lakes and woods. Next comes Knysna - set on a lagoon, it's famous for its oysters. From here you can take the Outeniqua Choo-Tjoe steam train along a scenic route to George, at the heart of The Garden Route. Within easy striking distance is Mossel Bay, site of the first landing by Portuguese explorer Bartholomew Diaz in 1488. Find out more at the Bartolomeu Dias Museum and see the Post Office Tree, where centuries ago letters were exchanged between sailors bound for the east and those heading home

Ostrich show farms welcome visitors in Oudtshoorn, "the ostrich capital of the world" Book organized tour of the Cango Caves, with their multi-coloured stalagmite and stalactite formations, set in the foothills of the Swartberg mountain range.

For nearly 400 years Robben Island, 12 kilometers off Cape Town, was a place of banishment and exile. It was here, that those regarded as political troublemakers and social outcasts were sent. During the apartheid years Robben Island became internationally known as the place where Nelson Mandela and the African National Congress ANC elite were imprisoned. However, many political prisoners succeeded in turning the place into an emblem of freedom and personal liberation. Robben Island came to symbolize the triumph of the human spirit over enormous hardship and adversity.

A shorter, more exciting and scenically beautiful route between Port Elizabeth and Cape Town? Sure - Route 62, the World's Longest Wine Route. Route 62 is the Travelers Route. It meanders through the Klein Karoo and into the Breede River Valley and the Winelands, and it's a shorter, more exciting alternative to the N2. It's a road that crosses mountain passes and sweeps through the plains of the mesmerizing countryside of the Cape. It's a road that will capture your heart so that you'll find yourself driving slower and slower - just to can prolong your exquisite enjoyment of its ever-changing beauty... Route 62 is the World's Longest Wine Route and includes the smaller routes of the Klein Karoo, Robertson, Worcester, Tulbagh, Wellington and Paarl regions. Stop along the way and visit the estates and co-ops and taste and buy South Africa's very best. Route 62 is the Business Route because it's quiet, rural atmosphere is ideal for concentrating the mind for successful, incentives or team building. And Route 62 is the Adventurer's Route. With its kaleidoscope of scenic experiences and adventures and its thousands of outdoor and cultural attractions, you'll find everything you want to on Route 62.

Founded in 1679 by the Cape's governor, Simon van der Stel, this friendly university town is known for its well-preserved Cape Dutch, Georgian and Victorian architecture. The Stellenbosch Wine Route is the oldest in the country and the Stellenbosch Wine of Origin area includes over 300 members of which more than a 100 are open to the public. Other notable centres of wine production nearby include Paarl, Franschhoek and Wellington. Enjoy a long day's wine testing, wine talk and wine buying and yoy'll sip more than our great South African wines - you'll taste our South African way of life. The heart of the town lies near the oak-lined Dorp Street. With its venerable old buildings, this is the University's main thoroughfare, where modern student life sits comfortably side by side with our history and architectural heritage. The University - Maties - has produced many of the country's great sporting heroes, including more than 155 rugby Springboks. Stellenbosch offers almost every outdoor activity you could desire - from world-class sporting facilities (rugby, cricket, and soccer are national passions) to popular mountain bike routes and six truly great golf courses. several hiking trails within the Jonkershoek Nature Reserve tempt the hiker: they range from an easy 5,3km scenic walk to challenging 17,1km Panorama Trail and the 18km Swartboskloof Trail. The full-day Vineyard Hiking Trail is best enjoyed in autumn or spring; it's 24km long trail that starts on the slopes of the Papegaaiberg above the Oude Libertas Centre and traverses forest plantations, vineyards, olive groves and coastal renosterveld.

Wine-making comes naturally to the folks in Franschhoek, Stellenbosch, Wellington and Paarl - which means that they're a friendly lot, always ready to share their produce (some of the world's finest), their stories and their extraordinary range of cultural and outdoor adventure.

Put against a backdrop of sea and mountain views, the Victoria and Alfred Waterfront (V&A), is home to designer label stores, national retailers, boutiques and services, along with a spread of restaurants, coffee shops and fast-food outlets. There are also two cinema complexes and craft markets, offering visitors the best of everything Cape Town and the Western Cape have to offer. The development of office locations and luxury apartments complements the vibrancy of the V&A. The V&A is a centuries old harbour that remains fully operational. Spend a day or five trawling the Waterfront and you'll understand why it has been a favourite destination of Capetonians and visitors since its 1992 re-awakening.

This town is at the heart of the biggest wine producing area in the country. It is situated on the scenic Route 62 that runs westwards from Oudtshoorn along the Breede River Valley via the Klein Karoo, Ladismith, Barrydale, Montagu and Robertson. Places of interest in Worcester include the KWV Brandy Cellars and the Kleinplasie Living Cultural Museum depicting the way of life of the early settlers.

You cannot travel to Cape Town without doing a Cape winelands tour. Almost every traveler will agree that a visit to Constantia, Stellenbosch, Franschhoek and Paarl is a must do whilst in Cape Town. The Cape Town wine lands tour is also not just a tour for wine lovers to taste the wonderful Cape wines which are the best in South Africa. Everyone in the family can enjoy it. One of the highlights of the wine lands tour is the visit to the cheetah conservation project in Stellenbosch at the Spier wine estate. Remember if you are going to visit the Cape wine lands, make sure you don't drive. A wine lands tour is the perfect way of enjoying a scenic day out, tasting Cape Town's best wines. 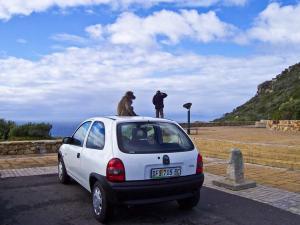 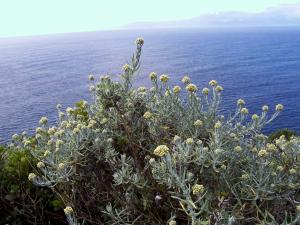 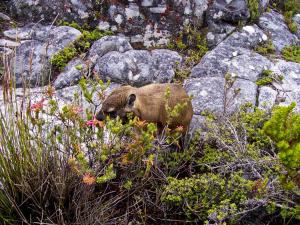 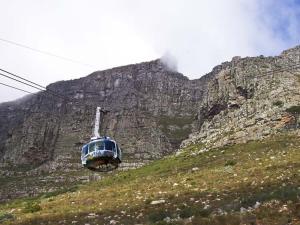 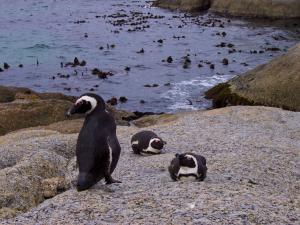 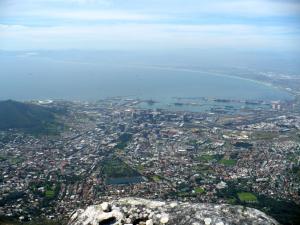