Botswana - the size of France and the population of only 1.5 millions - is in the majority one huge game reserve, inhabited mostly by the animals not people. It offers the traveler huge tracts of Africa in pristine condition where massive herds of game and their attendant predators roam freely. It has a unique, diverse ecology from the crystal clear waters of the Okavango to the harsh wilderness of the Kalahari salt pans. Some of the highest concentrations of elephants and game anywhere in the world can be found in the Chobe savannah. The greatest jewel in Botswana's tourist crown is the Okavango, the world's largest inland delta containing 95 % of all Botswana's surface water.

It forms a vast fan shape with the lodges and camps on islands inside and scattered around it's perimeter. Because of the Okavango's extraordinary bio-diversity it is a world-class destination for all nature lovers. Nowhere else in Africa can one glide along the still waters in the traditional mokoro canoes (hewn from a single tree) and see the treasures of Africa from a water level. The entire western and central regions of Botswana form the Kalahari semi-desert, which remains virtually untouched as it has been for 60 million years. It is a great wilderness where the intrepid traveler can find isolation and marvel at the grand scale of Africa.

With dazzling white salt pans under the baobab trees, stretches of savannah where the game is plentiful and the indelible imprint of the original San inhabitants, who still live in the deserts like million years ago. In the extreme north east corner of Botswana lies The Chobe National Park, renowned for its game viewing and the densest concentration of big game anywhere in Africa, inclusive of the animal migrations which provide a fascinating spectacle. The Chobe Game Lodge is so extraordinary that Elizabeth Taylor spent her several honeymoons with Richard Burton only there. Having a sundowner drink on the terrace of the Chobe Lodge and watching the evening bath of the herds of elephants and mighty buffalo roaming on the other side of the river is a truly unforgettable experience. 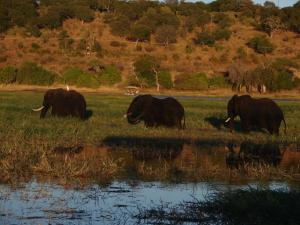 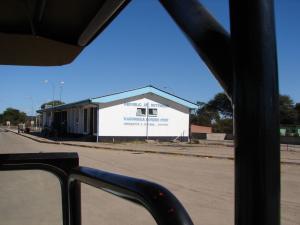 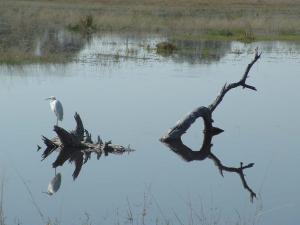 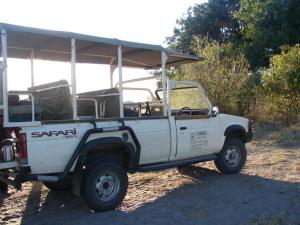 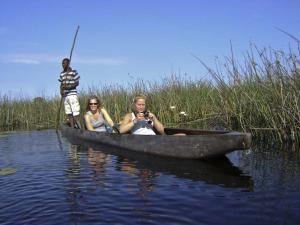 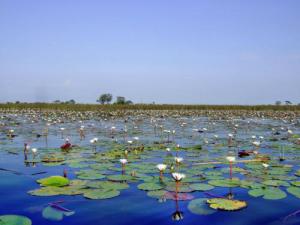 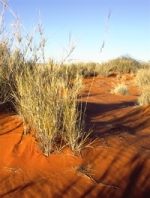