Established in 1898 to protect the wildlife of the South African Lowveld, this area of nearly two million hectares has been the flagship of South Africa's parks ever since. Having recently incorporated Gonarezhou National Park in Zimbabwe and Limpopo National Park in Mozambique to form the Great Limpopo Transfrontier Park, it's now larger than Lesotho. The Park has a greater number of species than any other game sanctuary in Africa. The world-renowned Kruger Park is home to an impressive number of species: 336trees, 49 fish, 34 amphibians, 114 reptiles, 507 birds and 147 mammals. Among them are more than 8 000 elephants and around 600 white rhinos. A real plus is the excellent accommodation both within Kruger and along its boundary in the many private concession areas.

The lovely setting of this town, at the foot of the Soutspansberg mountains, makes it one of the province's premier tourist destinations. The town is renowned for its arts and crafts. About 35 km to the south, on the N1, a sign marks the line of the Tropic of Capricorn.

Mapungubwe provides tangible proof by way of the rich fossil deposits, Bushman rock art and gold artefacts of ancient civilizations that once flourished there. It is accepted to have been forerunner of Greater Zimbabwe and most likely played a major role in building the world famous Zimbabwe Ruins. Central to all is Mapungubwe Hill where the oldest, and the first known, African kingdom was established. About 1350 years ago an unidentified but undeniably powerful king build his royal abode on top of the hill.

He had his people carry at least 20 000 tons of soil in leather bags up the sheer cliff faces to level the top of the hill. That enabled him to build the rest of the royal kraal and plant crops there. Holes can still be seen chiseled into the solid rock for the hardwood supports of his palace. It is thought the king's power might have come from mystical abilities to make rain. Unlike the present hot and dry climate, in those days the area seemed to have enjoyed a lush and fertile vegetation. He deliberately settled on top of the hill to establish his uncontested royal status. Archaeological diggings have shown the existence of the tribe of about 5000 people that kept cattle and goats and were the first to keep dogs. They traded hides and ivory as well as other products for glass beads with merchants from India, other Asian areas and even China. The traders were thought to have made their way inland from the Mozambican coast.

The town is two kilometers from the Phalaborwa gate to the Kruger National Park, giving access to the less developed northern section of the Kruger National Park. In the far north of the park, at Thulamela, archaeologists have discovered a site of an ancient civilization where gold smelting took place around 1300 AD. Phalaborwa is a major mining centre. Here you can see a two kilometre-wide open cast copper mine - the widest man-made hole in Africa. At the Hans Merensky Country Club - one of the country's premier golf courses - the fairways are sometimes invaded by wildlife.

This bustling city, founded in the gold rush days of the 1 880s, boasts museums, art collections and a bird sanctuary. Just five kilometers to the south is the Polokwane Municipal Nature Reserve, home to rhino, zebra, giraffe and gemsbok. Nearby is the Bakone Malapa Open-air Museum, providing insight into the ancient traditions of the North Sotho people. Polokwane is a good base for exploring the Limpopo Province. Head east along the R71 for Tzaneen, an agricultural centre, Duiwelskloof, an attractive, historic town and the nearby Modjadji Cycad Reserve.

Nearby is the Tshakuma Traditional Village, where sculptors and craftsmen of the VhaVenda people create unique souvenirs. The VhaVenda have a rich, mystical culture. Many beliefs are centred around the Thathe Vondo Forest, on the R523 between Thohoyandou and Makhado. The Dzata Ruins are the remains of the Royal Kraal of VhaVenda, dating back to 1400.

The thermal springs of this resort, some 112 km north of Pretoria, have been popular for more than a century. Nearby is the Marakele National Park, accessible to 4x4 vehicles. The park is part of the Waterberg Biosphere Resource Centre, a region of mountains, rivers, streams and swamps. Elephant, white and black rhino, leopard, buffalo and more than 300 species of bird, including a large colony of Cape Vultures, live here.

Valley of the Olifants This great fruit bearing river valley is an access point to the Kruger Park, via the picturesque Abel Erasmus Pass.

Haenertsburg a pretty village in the misty Magoebaskloof mountains near Tzaneen, famous for its flowering azaleas and cherry trees.

The Soutpansberg a densely forested and beautiful mountain range, not far from the Limpopo River, offering many nature reserves, hiking trails and splendid scenery.

The Waterberg mountains, a relatively undiscovered haven in the bushveld, popular among nature lovers, hunters and wildlife enthusiasts. 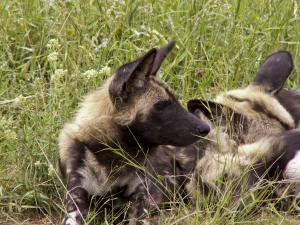 Limpopo, until recently known as the Northern Province. Named after the great Limpopo River that flows along its northern border, this province is rich in wildlife, spectacular scenery and a wealth of historical and cultural treasures. The Great North Road from Pretoria was first carved by the creaking wheels of ox wagons. Today, when you follow the footsteps of the Voortrekkers, you'll travel on fast, safe roads and enjoy every modern amenity as you go. Known as the Great North, the Limpopo province is land of legend. Ruins and relics abounds in ancient forests, sparkling trout waters, hot mineral springs and waterfalls. Much of it has remained unchanged for centuries, offering unlimited opportunities for the enjoyment of untamed Africa. Limpopo is home to ancient lands and pre-historic secrets. This is home to Modjadji, the fabled Rain Queen, the Stone Age and Iron age relics of and the treasures of Mapungubwe that date back to time immemorial. 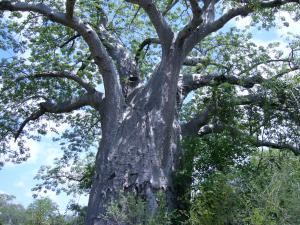 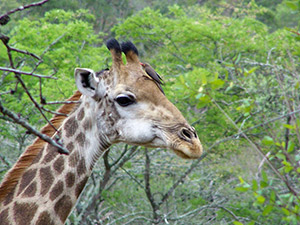 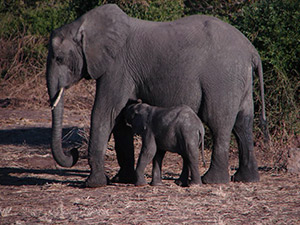