Drakensberg Mountains runs from Dordrecht in the Eastern Cape all the way through to Tzaneen in Mpumalanga, but most of the 200km range falls in KwaZulu-Natal. To the Voortrekkers, it resembled a chain of angry, unyielding dragons. To the Zulu nation, it is uKhahlamba, the Barrier of Spears. Mafadi Peak on the Lesotho border, previously believed to be 3450m high, has been definitively measured by the Mountain Club of South Africa at 3451m. Either way, it's the highest mountain in the land.

In this awesome mountain range you can savour the ultimate freedom of great open spaces in a world of gigantic peaks and buttresses, of towering sandstone cliffs and hidden valleys, virgin forests and crystal clear rivers. The diverse scenic splendour includes the famous Amphitheatre at Royal Natal and the magnificent southern Drakensberg scenery at Cobham and Lotheni.

This park is home to black eagle, bearded vulture and herds of eland, besides the priceless legacy of many other indigenous plants and animals. A wealth of recreational opportunities matches the scenic spendour around you.There are magnificently laid out day walks from all the major camps, the self-guided Giants Cup Hiking Trail and a fabulous wealth of rock art sites to rival any in the world. From a gentle amble along a self-guided trail or peacefully fly fishing in a river or dam, experiences extend to the rigours of rock-climbing or mountain biking for those with a taste for the high adventures of life.

A host of other pastimes includes camping, hiking, birdwatching, swimming, riding , photography, painting or simply revelling in the clear mountain air while you take in the breathtaking vistas around you. Accommodation options in the park are equally diverse. These range from luxury lodges at Giant's Castle and Royal Natal's Thendele or fully equiped cottages and chalets at Giant's Castle, Didima, Injisuthi, Kamberg, Lotheni and Royal Natal to scenic campsites with well appointed picnic and ablution facilities at Royal Natal, Injisuthi, Lotheni, Cathedral Peak and Monks Cowl.

For the foot loose and fancy free there is also a choice of rustic mountain huts and over-night caves in places like Injisuthi and Giants Castle which can be booked for hiking and back-packing. General overnight camping is allowed in most areas. Two hours from Durban and four from Gauteng, The Ukhahlamba Drakensberg Park should be at the top of every visitors itinery. Average altitude - 3000m Highest range south of Kilimanjaro. Span - 150kms Size - 243 000 ha 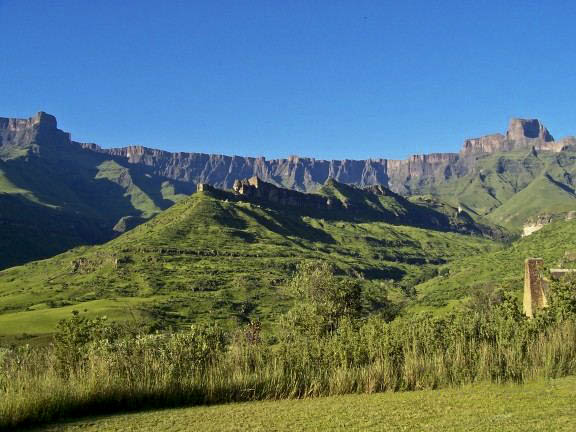 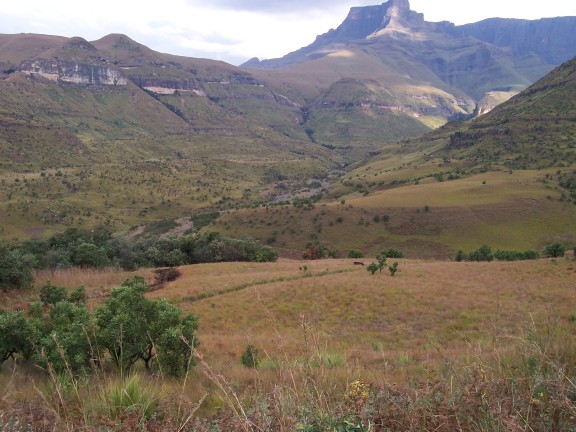 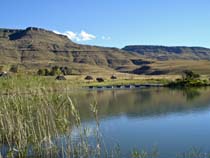 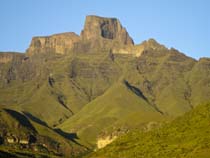 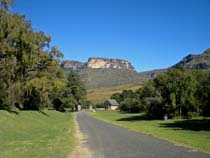 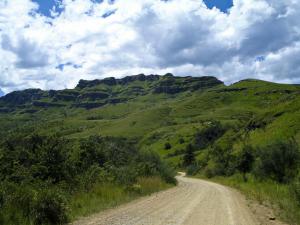